How Changing the Engine Oil Prolongs the Lifespan of Your Car

Since the time usage of cars became common, and people started using it more often than ever, things got changed at the maintenance and car care industries as well. Car care experts as well as the car manufacturers started strongly recommending for car oil changes in selected intervals. Earlier while this interval was small, with more and more modern technologies, the span is now extended to a significant level. But even in this scenario, the importance of changing the car engine oil happens to be the same, as it is held responsible to prolong the overall lifespan of any vehicle.

When asked, the team of mechanics who serve at the department of the Cherry Hill oil change explained the following ways in which regular oil change extends the lifespan of any vehicle.

Keeping All the Engine Parts Lubricated

It is a known fact that every vehicle engine consists of several individual moving parts that work in collaboration with each other and are closely located. The engine oil serves the purpose of keeping all these parts lubricated to a certain level, so that they don’t get involved in friction against each other.

But after a certain time and amount of usage, this engine oil that comes in touch with the external and environmental elements becomes contaminated. This results in affecting the consistency and purity of the oil. This contamination furthermore damages the car performance, since the oil loses its ability to flow freely from its source to the different engine parts

Hence, the only way to prevent such damage from taking place is keep changing the engine oil at intervals, suggested by the manufacturerthrough the owner’s manual. At the time of an oil change it must be kept in mind that the new oil must match the specification of the oil type that is mentioned in the manual, so that nothing changes in terms of its grade, weight and viscosity and affect the engine system. Moreover, the oil must also be filled to the optimum level as recommended by the manufacturer and the mark etched in the reservoir.

It goes without saying, that unless all the above mentioned criteria are followed, regarding the engine oil, one cannot expect the car to perform its usual way.

Prolonging theLifespan of the Vehicle

At this point what demands amention here is that, the engine oil in its pure form, not only keeps the engine components lubricated, but also helps in keeping them cool, preventing the causes of overheating, because of which the engine survives longer. All this naturally helps the engine work with ease, and hence maintains its ability to run with lesser amount of fuel, in comparison to the situation, where the components start getting heated up due to the frictions caused by the contaminated or scarcity of pure engine oil quantity.

The mechanics who perform oil change service in Cherry Hill, also assured that by strictly following the oil changing instructions, the car owners are actually maintaining a good value of the car during a trade in deal.

A tried and tested way to reduce ... 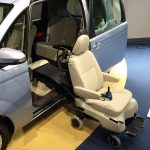 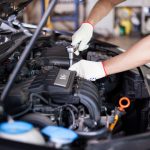 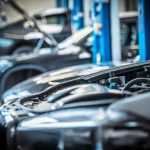 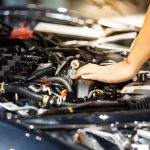 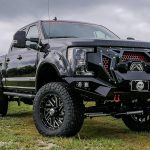 Established as one of the premium luxury automotive brands Genesis is now being counted among the stalwarts of this segment, like the Mercedes Benz, Audi, andBMW. It is known for ...